...""This is a blessing." Grandma used to say. "Victoria, we must thank the Lord for all the blessings with which He fills us. "

Wisdom had not come by chance to her grandmother. She used to say things like:
a) Faith can move mountains.
b) There is nothing more beautiful than simplicity
c) Everything could be overcome
d) You need to put everything in God's hands, because He knew what you most needed at all times.
e) Give thanks for all things. For good and for evil.
f) Put all your hopes in Him, because the Lord never fails.
g) That the Lord would provide (all times).
i) and that Salvador and Victoria were worth more than gold.
She spoke like a scholar. As if the words were not hers. Not that what she said was a revelation or something that had never been heard before. It was the gentleness with how she treated people. She had consideration. A complete lack of pettiness. She possessed His goodness. His Humility. His Wisdom. A special gift for reading in the face of the unknown the true intentions of her soul. She could see a person’s spirit beyond their bodies. Any disturbance of the mind ceased to have an effect. "Ask the Lord for everything, with faith."
She had difficulty walking, like a ship in heavy seas, but after such a long life, what else could you expect. "I’m not what I used to be."
"Trust in the Lord, for He is merciful.” "Ask, faithfully, and you shall receive. " And when her grandmother said that the Lord is all-merciful, Victoria believed every word of it.
She was the one who had taken care of the garden. Who had sowed and planted. She had sunk sticks in the ground so the tomato vines wouldn’t wilt and fall down. She watered as she muttered her prayers. "I've earned my wages," she would say after dinner. She could read the signs from heaven and would give the weather forecast. She could tell you what each sunset meant. An orange sunset meant the next day would be very hot. If dark clouds came from the southwest, the wind would pick up. That if the wind got up, it brought clouds with it. And if the clouds were long, it meant a strong wind. She could see beyond the gaze of men. And when Grandma told Victoria that the Lord was all-merciful, and even if there was a great flood, Victoria would be protected. Her Catholicism made sense of everything. She had no fear of death. "It will be a blessing to finally see the Lord’s face " She was a wise woman. As if her words were not her own. It was her manner of speaking. She was essential to Victoria’s world. She had heart. Feelings. She could see the joy and pain of others.
And this is why Victoria believed her, because she was a woman with heart. And so, the words on her lips made sense. Catholicism made sense. Because she was the only one who had noticed her suffering and was the only one to help her. Victoria needed her as much as she loved her; her tiny grandmother. A beautiful and steadfast little doll."
Paragraph selected from Chapter 7th "The Inheritance", Third Part "New York" 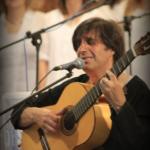